And  Today we are gonna start our travel from India to Germany.  He had ICRA 2015 in Seattle and he came to India, to take me along with him to Germany. I was afraid of flight journey, because of my previous hospitalization due to severe vomit. But our gynaec had so much confidence, since weather change can help in reducing the vomit. After all checkups we planned our flight journey from Trivandrum, since it was hours away from our home, and it will be easy for me to console my grandma who was not ready to send me. It was the end of summer in India and I was about to land where the summer was about to start. After two hours of travel we reached the airport in very early morning (speed of car was maintained too slow) and had our check-in. The flight took off and our first transit was Doha during the early hours in the month of Ramadan. So the diet in flight was ok for me, which means I had no signs of vomiting.  We had a delayed landing and we ran to catch our connecting flight after the security check. Though I can’t have anything, I asked for a cup of coffee and I had a full mug of coffee while we were running to the gate. Though no one noticed my pregnancy, the guy, who was in charge for the desk near gate found out. He had a complete analysis of the reports. Finally the crew helped me seated safely and the flight took off. Within mins the altitude increased and we reached near the clouds. Suddenly the coffee started to flow back, followed by breathing suffocation. To be back to normal we both had to tap on head, on back near shoulders and on chest and in minutes I was normal. This made me to know how danger it will be for feeding while sudden altitude change. After 6 hours we landed up in Frankfurt airport and started our journey by train.

Keep on reading the post to know more on our journey with hyperemesis gravidarum. 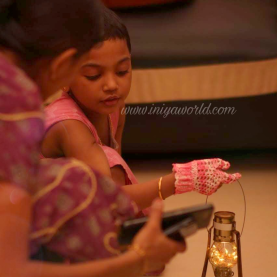